A Body in Pain: Living with Parkinson’s Disease 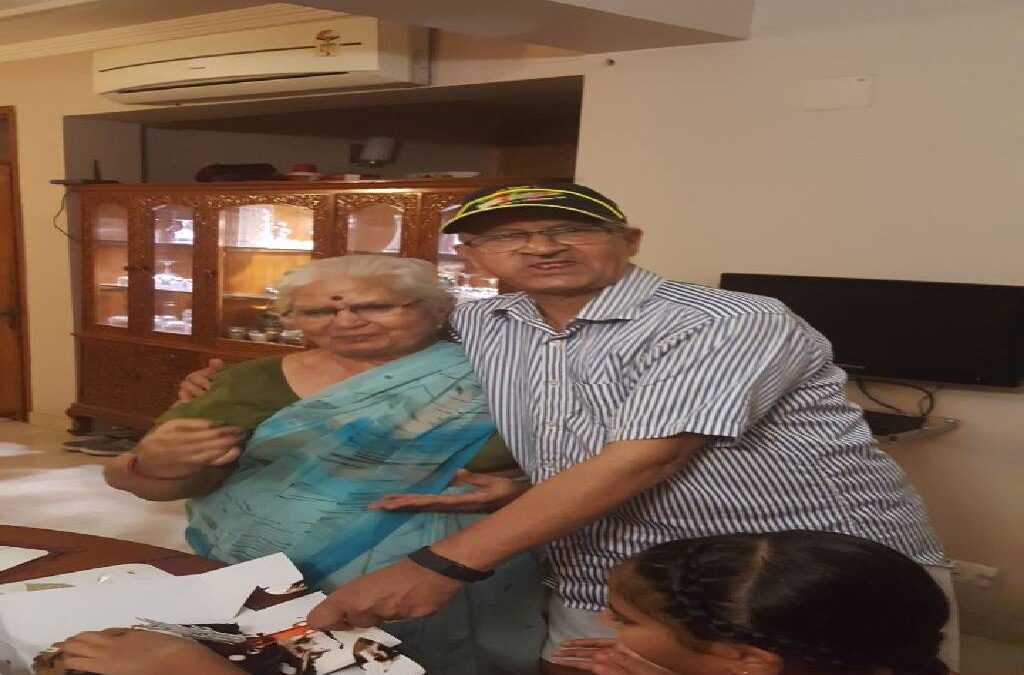 Mrs. Gautam 73 was diagnosed with Parkinson’s three years back. She is married with three children. She is a beautiful, poised lady with a calm demeanor. I met her a few days back. She was intermittently smiling, with some effort though. It were my 5-year old daughter’s antics, which made her smile. Children have this inherent capability of making things joyful.

“It all started long back! The symptoms were there. There were signs. We could sense things. But, we probably couldn’t name the illness. She would have frequent falls. She looked depressed! Gradually, the symptoms became more pronounced. There is trembling of hands, poor balance and impaired posture, slowed movement. Her memory is also affected. She recently had a fall. She can’t recall anything. She had to be admitted in the emergency,” says Madhavi, her daughter.

When I am in pain, I can’t understand anything

“My body is very stiff. There is inexplicable pain everywhere,” Mrs. Gautam recalls no pain free periods in many years. “She has been in pain ever since. She has been suffering,” recalls Madhavi.

“I have always been a doer, I don’t like other’s doing things for me,” says Mrs. Gautam. We tend to identify ourselves by what we do and when we loose our ability to do something, it is devastating. We have to refigure our lives…and find what we can do.

Learning to live with Parkinson’s and its personal progression takes support and resources. Whether you are navigating this diagnosis yourself or helping a loved one, understanding that you not alone are crucial.

Mr. Gautam is the primary caregiver. He has a cheerful persona. “She was an amazing cook. She has always done things for others. She is like Mother Teresa! She keeps everything inside. She gives other people’s feelings precedence over her own feelings. She doesn’t talk about herself, she doesn’t reveal herself, “says Mr. Gautam.

“I often tell her to watch classic Hindi Cinema. She mostly stays in the bed because of her condition. There are so many beautiful things around. I sing songs to her. I cook for her,” says Mr. Gautam. She had a fall the other day. I will be taking her for an MRI. We are grateful; we have atleast found a good doctor. It is very crucial!

There are multiple strands to every chronic health problem. The families also suffer. I have seen Madhavi worrying about her mother’s deteriorating health. The family wants to do things for her. They all aspire to see her happy!

We all respond differently when we were faced with chronic health challenges and the challenge of growing older. Mrs. Gautam seldom talks about her physical pain. But, the common thread in her entire narrative is the pain of being dependent. “I wish to do things on my own. I don’t like being at the receiving end. Just let me be, that makes me happy. I want to be self reliant,” says Mrs. Gautam.

No comments to show.